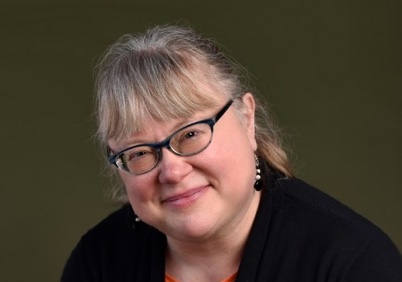 Mary E. Hess is Professor of Educational Leadership at Luther Seminary, where she has taught since 2000. During the 2016-2017 year she held the Patrick and Barbara Keenan Visiting Chair in Religious Education at the University of St. Michael’s College, in the University of Toronto.

Hess has degrees from Yale, Harvard and Boston College, and has directed a number of projects focusing on the challenges of media culture for communities of faith. As an educator straddling the fields of media studies and religious studies, Hess has focused her research on exploring ways in which participatory strategies for knowing and learning are constructed and contested amidst digital cultures. She is particularly interested in dialogic forms of organizational development, and the challenges posed to communities by oppressive systems such as racism, classism, sexism, and so on.

Theologians are now primarily called to provide, not a theoretical argument for Christianity’s plausibility, but an account of how Christianity can be part of the solution, rather than simply part of the problem, on matters of great human moment that make a life-and-death difference to people, especially the poor and the oppressed.

Hess publishes regularly in academic journals, and is a past president of the Religious Education Association. Her most recent writing includes a chapter in the new book Stephen Brookfield has edited, Teaching Race: How to Help Students Unmask and Challenge Racism (Jossey-Bass, 2018).

Hess is a Roman Catholic laywoman who is raising two sons with her husband in the city of Saint Paul, Minnesota. She loves baking bread, making candles, and reading science fiction.

This work is licensed under a Creative Commons Attribution-NonCommercial 4.0 International License.